Be the first to review this product
£12.00
In stock
SKU
VS-
Add to Wish List Add to Compare

Skip to the end of the images gallery 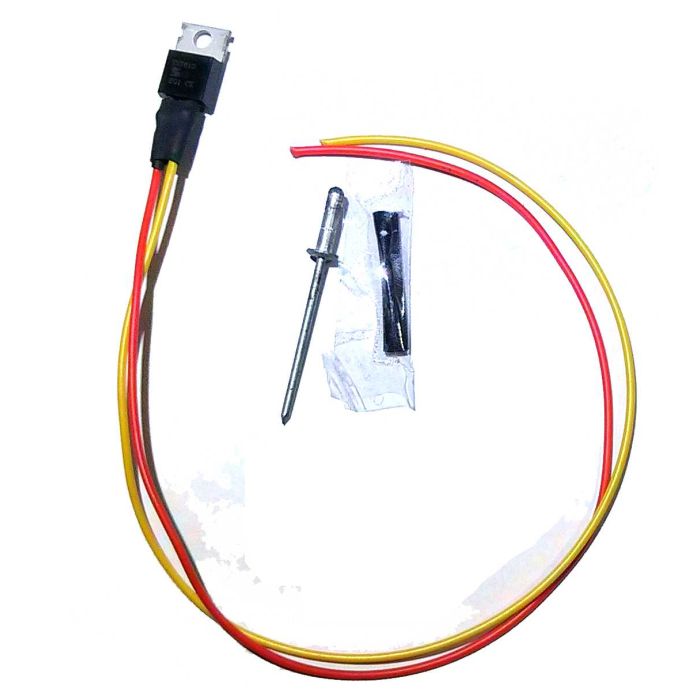 Skip to the beginning of the images gallery
Details

This stabilizer is supplied complete with pop rivet and thermal compound in retail packaging.

The parts are protected in transit by a vacuum formed moulding and clamshell exterior.

Versions for 12V negative earth, with both 10V and 5V and adjuatable output bersions available

Will supply  1A continuous, 2.6 Amps Peak

Proper mounting is important to conduct the heat away from the device.

Other similar devices that are in a plastic box will not supply as much current, and may fail due to overheating

The thermal compound or mounting kit conducts the heat produced into the car bodywork preventing too high a temperature.

The voltage in car electrics can vary considerably, from perhaps just under 12 Volts with a low battery and the engine off, up to 14.7 Volts when the sytem is charging.

because of this, the readings on instruments such as temperature and fuel gauges can vary by as much as 20%

This device will fix erratic gauges caused by a missing or faulty voltage stabilizer.

Note, The adjustable version uses a different technology and has a black earth lead rather than grounding through the tab. It is supplied with heatshrink which should be applied after adjustment. It can emit noise at 360 khz